For the first time, broad public discourse and policy discussions are placing environmental justice at the forefront of American climate action. The public is growing increasingly aware of the disproportionate impacts of climate change on communities of color, and more often sees the movements for climate action and racial justice as linked. Major environmental advocacy groups are looking inward at their uneasy history on race and their disproportionately white staff. While work to include more voices in the clean energy transition is far from over, and equal community investment still lags, the increased nuance in rhetoric and education has been encouraging.

Still, environmental injustice cannot be told in a single narrative. Unequal impacts often fall along an intersection of axes like race, socioeconomic status, education, and geography. To approach climate change with equity in mind, we have to strengthen existing links between climate and social justice and advance the collective understanding of every community facing the brunt of climate burdens.

One group of such communities that are regularly overlooked and oversimplified are current and former coal mining towns. When it comes to workers in the coal industry, rhetoric is largely reduced to retraining as a blanket solution and simplistic sound bites like the suggestion that coal miners could “learn to code”.

Just as the burdens of legacy infrastructure impact Flint, Michigan and Cancer Alley, the people of Harlan County, Kentucky and the Powder River Basin are also marginalized and forgotten.

This post in our series around infrastructure inequality aims to provide more nuance to the understanding of the coal communities of Appalachia. Today, most of the solutions focus on retraining coal workers in a way that lacks the thoughtfulness and complexity these communities deserve.

Most of the rhetoric surrounding a just transition for coal miners heavily implies a shift to clean energy jobs without recognition that Central Appalachia doesn’t have the solar irradiance or wind speed to supply the country with renewable energy the same way it did with coal.The concentration of coal mines compounds this issue. Even the West and South, which have a relatively small number of mines spread over a large area, won’t be able to transition every displaced coal miner into the renewable industry. Central Appalachia, with an incredibly high concentration of mines and a lower suitability for wind and solar, faces an even larger gap.

Jobs installing and maintaining renewable energy projects are also not a direct substitute for coal mining. Burning coal requires continuous mining and labor for the lifetime of the power plant. Labor needs for solar and wind plants are frontloaded during the design, manufacturing, and construction phases. Once operational, they can produce energy for decades with a substantially smaller maintenance crew.

Even for those that do transition directly from the old energy economy to the new one, the quality of their job may not be the same. Restarting a career in deploying renewable energy could mean going from a well-paying mid-career job to work starting between $15 and $20 an hour. While it takes little time to start an entry-level installer position, gaining journeyman level electrical certification and opportunities for advancement can take several years. In 2019, the median coal miner was 46 years old. While younger miners might justify spending a decade retraining for a new career, older miners will be long retired before their new career path can provide them with the same standard of living they experience today.

Finally, the location of clean energy deployment jobs in these states are unlikely to be concentrated in the heart of Appalachia. Instead, they will be in major cities where demand for residential and commercial solar are greatest. There are few communities with as distinct a cultural identity and heritage as coal mining towns in Appalachia. This assumption of movement from older, lower-skilled coal workers not only seems unlikely, but also fails to center the communities themselves.

For every worker employed by the fossil fuel industry, eight indirect jobs are supported in that community. As these jobs are lost, the impacts cascade. Since 2010, the Central Appalachian region has declined in population by 3%, while the rest of America has grown by 5.8%. Coal jobs support the families of service sector workers just as much as their own. Coal is the single largest commodity moved by rail, making up 13% of total freight volume. These jobs are not easily replaced with similarly tangential jobs in renewable R&D or manufacturing, at least not in the near-term.

Finally, it is estimated that in the United States, the number of pensioners relying on the coal industry are almost as many as those working in the industry itself. The reality of a just transition in Central Appalachia is most easily seen at bankruptcy courts, where unions try to hold onto reduced pension benefits and get the money they deserve after final paychecks bounce. A different path is needed.

To move from blanket solutions and start addressing real needs, it is important to recognize the depth and diversity of Appalachia. With a population of more than 25 million people stretching from northern Mississippi to southern New York, aiming to address the needs of “Appalachia” is about as vague as stating you want to support communities of “Hispanic Americans”. Just as the needs, ideas, and cultures vary greatly between Cuban Americans in South Florida, Puerto Ricans in New York, and Mexican Americans in Texas, so too do the needs, ideas, and cultures vary greatly between the people living in Birmingham, Alabama and Charleston, West Virginia.

As such, our approaches to a just transition in these communities should be similarly varied. Blanket solutions ignore the great need these communities face when it comes to basic infrastructure and opportunity, and the potential that comes from empowering local residents to bridge these gaps. As an example, consider the challenge of last-mile broadband internet. A recent study of eight counties across Appalachian Ohio found that between 80 and 90% of households in rural areas do not have access to broadband - approximately 1 million people in Ohio alone. In an age where email, text, and work or school-related functions are increasingly essential from home, this is a crippling economic problem. The divide in broadband access has been present for decades, with many providers claiming that the internet is available, but the speeds and quality are such that functionally, it is not. These problems have only been exacerbated by COVID. By finding ways to invest in broadband strategically, you can dramatically improve both public education and the effectiveness of local businesses to attract and retain workers, providing a stable foundation no matter what industry is dominant at the time. The impact is not a silver bullet, but it is broad and sustained.

The opportunities to build modern infrastructure are not limited to broadband. Some communities may need support to fund public education, while others have challenges like basic street lighting, transportation, clean water, and reliable electricity. Much of Appalachia has a unique natural beauty that has enormous untapped potential as attractive tourist destinations. Employees in fracking and natural gas could bring their knowledge and expertise to the high-potential geothermal industry. Whatever the case, the narrative that every coal miner will become a solar installer is neither feasible nor desirable. To tackle a varied and complex problem and create millions of new jobs across a wide range of contexts, our investments should also be varied. Achieving a just transition in these communities will also set the stage for success for other regions facing similar challenges, such as in Wyoming, where much of today’s coal mining remains.

We must work to improve the lives of Appalachians as part of fulfilling our obligation to the workers and communities who powered our nation’s economic growth. It starts by acknowledging honestly that not every coal miner will take up a job in solar and wind. When we replace legacy infrastructure with new-age projects, our solutions must be more nuanced and site-specific. Rather than assuming every fossil fuel worker will retrain to work in clean energy, let’s invest to foster more robust local economies and create equitable economic opportunity to give local people financial freedom to choose their way forward. Wrestling with more pointed solutions to support the economic longevity of coal mining towns allows us to connect more intimately with the needs of Appalachians, further expand a climate coalition, and ensure that no community is left out from the economic opportunity ahead.

Contributing author Patrick Ferrell works in the solar industry in Lexington, KY. He hopes to continue work advancing clean energy while centering the people and communities this transition impacts most.

Climate change isn’t a problem for the future; it is here, and it is affecting all of our lives more profoundly with each passing day. Disasters of unprecedented scale 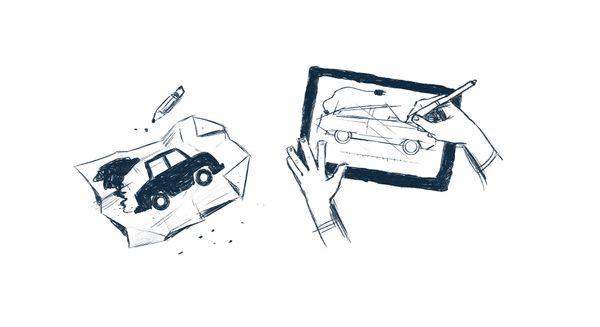 Against the backdrop of raging wildfires, California took another big step towards decarbonization by becoming the first state in the US to ban the sale of new gas cars, starting