It’s tempting to frame infrastructure inequity as a symptom of past decisions, and as something that we’ll overcome automatically as new technologies get deployed by a new generation of builders. However, old biases in project analysis and investment decision making remain. These cement and increase inequality as we try to move to a clean, environmentally mindful economy, and also significantly depress returns for investors. Achieving infrastructure equity is going to require a concerted and conscious effort by developers and investors to achieve, and must be driven with real data and intensive modeling.

Imagine someone who drives an EV. What do you see? Probably someone wealthy, with a Tesla parked in the garage of a large house in the suburbs. Does this match reality? Looking at California’s EV registration data and income data, this is mostly true. As the average household income in a ZIP code increases, the percentage of registered cars that are EVs also goes up. But there are clearly factors beyond income that affect EV adoption including where someone lives, their political beliefs, and their willingness to adopt new technology. What about race? Using Census demographics data, two interesting observations emerge:

First, EV adoption grows more quickly with income in communities that are majority Black or Latinx than in communities that are majority white. Second, EV adoption in lower income Black and Latinx communities is less than in majority white neighborhoods of the same income. Together, these patterns indicate that while these communities have a stronger than average willingness and desire to adopt new, green automobiles, that there may be an underlying structural issue when it comes to the availability of supporting infrastructure. This matches with research which shows that Black and Latinx Americans are “more likely to be alarmed or concerned about global warming than white Americans”.

Looking at the availability of chargers in ZIP codes across California paints a stark reality of unequal access to infrastructure:

In many neighborhoods, the owner of a small local businesses such as a restaurant or grocery has decided to spend a few thousand dollars and install a single charger in their parking lot. This may be primarily for the business owner to charge their own car, or it may have been driven by a sense of environmental duty. These sites, driven by community members, are found in communities ranging from those that are over 99% white to those that are over 80% Black or Latinx.

On the other hand, larger, planned charger installations are entirely lacking from majority Black and Latinx neighborhoods. As of this writing, there are no sites in majority Black or Latinx communities in California with more than 3 ports. On the other hand neighborhoods that are primarily white have seen robust infrastructure investment, banking on future demand and growth of the EV sector over the next 5 to 10 years.

But this inequity in charging infrastructure shouldn’t be the case, right? After all, EVs are new and the investment frameworks of the past should have been revised to be more equal.

What the data shows is that there is ample investment in majority white neighborhoods in anticipation of demand. On the other hand, installations in majority Black and Latinx communities only happen once the demand is proven and the investment is derisked. It is not surprising, then, that these lower income neighborhoods lag behind the state average in EV adoption. People will not spend thousands of dollars on an EV – used or new – unless they are confident that they can use it day to day. And without public charging infrastructure, lower income minority communities are left out.

This pattern is made abundantly clear when looking at charger locations on a map:

One charger in West Oakland; several in Downtown Oakland. Few in Compton; plenty in Santa Monica.

This inequality is not just a space-age problem. Cars are indispensable to many who live in these communities. Public transit is the ideal long-term solution from an equity and climate perspective, but for many individuals living in lower income communities, the transit that exists today doesn’t always meet their needs. Residents may work extremely early or late when bus and train headways are long. They may find themselves traveling between suburbs in the middle of the day with equipment (such as gardeners and cleaners) while transit is optimized for morning and evening commutes in and out of the city center. At the same time, job-rich communities are trying to reduce local pollution with tools like congestion pricing (with discounts for EVs) and zero emissions zones (ULEZ) (which outright ban gas and diesel powered cars). These mechanisms disproportionately impact the poor who work in these job-rich communities but live far away due to cost and affordability.

Increasing the availability of public chargers in low income predominantly Black and Latinx neighborhoods will spur residents to select an EV as their next car. Higher EV adoption will help states meet their emissions targets and is a key part of the fight against climate change. This analysis shows that the demand for chargers is already there in these communities. The same proactive investments that are made in majority-white neighborhoods must be made everywhere.

This pattern of inequality repeats itself time and time again across the country, and not just for chargers but also with, transit, water, communications, and even the most basic infrastructure like streetlights. We’ll explore other areas of inequality in future articles.

Adopting a holistic data-driven approach to modeling investment return and impact is one key to overcoming infrastructure inequality. Actual can help determine cost, returns, and impacts in a neutral and unbiased way as you design infrastructure to be inclusive and available to all. Contact us to learn more.

Acknowledgements: Thanks to Theresa Johnson Ph.D., Travis Mason, and Jessie Mooberry for reading drafts of this article.

The United States has a dizzying array of road types, including interstates, state and county highways, local roads, dedicated transit lanes, and various forms of bike and pedestrian paths. The 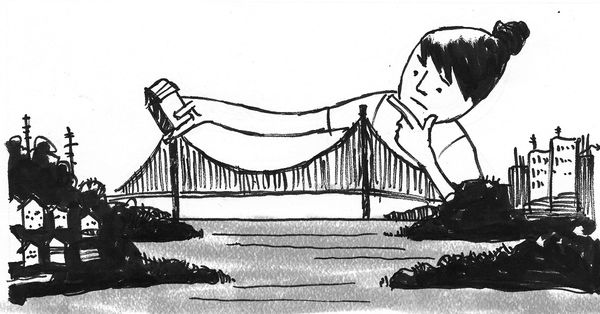