The United States has a dizzying array of road types, including interstates, state and county highways, local roads, dedicated transit lanes, and various forms of bike and pedestrian paths. The state of road funding and how it has evolved over decades is equally complex. About half of road funding comes from taxes on consumables like fuel and tires. The other half comes from a combination of bonds, tolls, and taxes, as shown below:

There has been insufficient funding to support road construction and upkeep. Over the last few decades, American roads have generally fallen into disrepair, earning a D grade from the American Society of Civil Engineers. An increase in e-commerce with central hubs across state lines combined with fuel tankering means that revenue doesn’t always make it to where wear and tear happens the most.

At the same time, governments are pushing for massively increased ZEV adoption because of the critical and dire impacts of climate change and the health of millions living along busy transportation corridors. The California Air Resources Board recently mandated that all new trucks sold in the state by 2045 must be ZEVs, and states around the country have broad goals to clean up transportation, the largest source of GHG emissions. Because ZEVs aren’t affected by conventional fuel taxes, we now have a situation in which government policy to reduce the effects of climate change could lead to direct reductions in road budget of between 14% or more, depending on locale, road type, traffic growth, and other factors.

As zero-emissions vehicles (ZEVs) become more popular, the funding shortfall is predicted to become even greater, and governments are looking for ways to make up the lost fuel tax revenue. States have explored tracking the Vehicle Miles Travelled (VMT) of ZEVs through mechanisms such as transponders or periodic odometer checks, and California has performed pilot studies. Past VMT studies have focused on billing ZEVs to make up for lost fuel tax revenue, as a way to make all users “pay their fair share”. At the heart of it, these proposals are concerned with maintaining funding for road construction and upkeep, especially in light of the projected tax impacts of COVID-19 which will hamper budgets for many years.

VMT charges must go hand in hand with other environmental mandates. It’s socially, economically, and politically infeasible for governments to apply VMT charges only to ZEVs. Such a policy would incentivize people to continue buying gas and diesel vehicles, slowing down progress towards climate-related mandates. Instead, we predict that the costs of operating gas and diesel vehicles are set to increase rapidly. VMT charges will become standard for all vehicle types, with incentives for owners of ZEV vehicles to encourage adoption and help meet broader environmental targets. Governments rarely eliminate a source of revenue, so fuel taxes will remain. And as the number of gas and diesel vehicles decreases, increasing measures will likely be levied to make the switch to ZEVs the economical choice.

Punitive measures will be levied against polluting vehicles

There are several different mechanisms that we might see. A few include:

Emissions Tier-based Tolling. Express lanes (a type of Managed Lane) are becoming increasingly popular in congested metropolitan regions, including the San Francisco Bay Area and the Washington DC Metro Region. Commuters pay to access these lanes and bypass traffic, and discounts are available for carpools. Using similar technology, drivers could be charged to use any lane based on distance travelled (VMT charge), with discounts based on how much a vehicle polluted.

Permitting, Entitlements and Environmental Impact Reports (EIRs). As online shopping becomes more popular, e-commerce companies are building more distribution hubs to provide even faster service. Each hub requires permitting. For many new projects California now requires that projects be evaluated based on added VMT. It’s likely that municipalities will begin to charge trucks operating in and out of these hubs based on how much they pollute the surrounding communities.

Zone Surcharges. Cities around the world are implementing low-emissions and zero-emissions zones, banning most polluting vehicles. While these zones are not feasible in every jurisdiction, they’re likely to be widespread in residential neighbourhoods, near schools, and in areas with dense populations and frequently transit.

Carbon Credit Backed Incentives. Governments might require larger operators of diesel vehicles to purchase carbon credits to offset their emissions. This would create a pool of money which could be used to fund VMT charge rebates and create incentives for ZEV purchases. As emissions regulations get tougher, we would expect the price of these credits to increase as well.

In the face of these changes, it can seem like the costs of getting ahead of a large VMT bill are prohibitive. Read our article on various ways that you can bring ZEVs into your fleet and make them pay off from day one.

Actual gives infrastructure originators, investors, and other stakeholders confidence as they model and track the cost, impact, and outcomes of sustainable and net-zero infrastructure projects. Visit www.actualhq.com or contact us to learn more about how our digital-twin based models can help unlock new savings and revenue streams for your projects.

COVID has had a major impact on our communities. Over 300,000 people in the United States are dead, businesses are closed, tourism is almost non-existent, and there is record 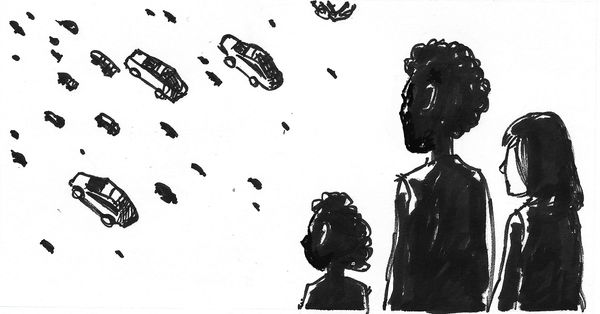 You've successfully subscribed to The Actual & Plan: Articles about Climate, Equity, Infrastructure, and Finance :: A C T U A L!