Evidence of our changing climate is already all around us. We suffer under hotter summers, desertification is shrinking our arable land, and violent storms are causing devastating flooding and fires. Adaptations to the built environment are already underway that will help people survive in this evolving Earth, but without a net-zero strategy, these adaptations can lead to runaway feedback loops that amplify our climate problems.

What is a runaway loop?

A feedback loop occurs when taking an action affects the outcome of doing the same thing a second time. A good example of this is how the market for electric cars has optimized the production of batteries. As demand for batteries increases, manufacturers produce more, and also invest in higher volume production plants. This drives costs down, making electric cars more affordable, which in turn leads to more demand. A runaway feedback loop is when our coping actions end up making the problem worse, leading to more negative interventions, and accelerating deteriorating conditions. An example of this, which we’ll explore further, is how the installation of air conditioning to remain cool during summer heatwaves increases energy consumption and emissions, leading to even hotter summers.

Why are runaway loops important to climate change?

Climate change is happening because incremental CO2 emissions, when multiplied across billions of peoples’ needs, end up having a marked impact on our planet. As climate change becomes more severe, people are not only going to deploy more mitigations to counteract the effects, but they will also have to use more technology and resources to adapt and live. These adaptations are necessary for survival, so we must provide communities with the tools to deploy them in the most efficient way possible.

A net-zero project is designed so that any new emissions are counterbalanced so that there are no additional emissions as a result of bringing the project online. Net-zero can be achieved by reducing emissions from energy generation and other existing sources of pollution, or through carbon capture mechanisms.

As our planet gets hotter, we will need to use more energy to keep cool.

Take for example the San Francisco Bay Area, which has a Mediterranean climate with warm dry summers, and mild wet winters. Historically, heat waves are an infrequent event, occurring maybe once a year and lasting for a day or two. In recent years, however, the frequency and intensity of these heat waves is increasing and this promises to be an issue for decades to come.

Cooling already represents 10% of global energy consumption, and this will continue to grow rapidly as new areas look to expand cooling capacity. As communities draw more electricity to cool homes and businesses during hot weather, public utilities strain to meet increased demand, in some cases importing power, instituting rolling blackouts, and raising consumer rates. This massive runaway loop is not just a problem in California, but across the world in places where hotter temperatures are becoming the norm. Up to 0.5C of additional global heating is possible just by increasing the number of air conditioning units and powering them with existing polluting sources of energy. This feedback loop propels us to worsening climate conditions as global temperatures rise and we are forced to use ever increasing amounts of energy to keep cool.

As desertification changes drylands to deserts, we will need more energy to secure water, and more land to grow food.

In 1994, the United Nations identified desertification as “the greatest environmental challenge of our time.” A blanket term which describes the overall degradation in the health of the soil, desertification is a result of lower rainfall, more intense winds, overgrazing and deforestation. Because desertification is happening in areas which support nearly 25% of the world’s population, the solution is not as simple as helping a few people migrate from affected areas. Adaptations will happen and the sheer scale of them will have a massive impact on climate.

Population centers in increasingly desertified areas will see much less rain as climate conditions change. As communities become increasingly reliant on pumped groundwater to meet daily individual and business needs, aquifers will drain. Pumping is energy intensive: 10-15% of global energy consumption comes from pumping water. When local aquifers are depleted, water will have to be either imported and pumped from long distances away, or water from the ocean will have to be desalinated. Securing stable access to water for the billions of people in these areas will require massive infrastructure improvement projects to clean, move, store, and process water.

Desertification also leads to a substantial reduction in crop yields. Deforestation, ranching, mining and urbanization are all human factors that deplete the available nutrients in the soil, and make it harder for soil to retain water. This means that to grow a given volume of food more arable land is needed. Political conflict over available land for farming, and increasing food prices are just two effects already impacting access to food for the more than 2 billion people living in these desertified areas. Current solutions include importing food, or applying more intensive farming methods to extract as much nutrition as possible from a given tract of farmland.

As these food and water issues in desertified areas exacerbate and amplify each other, it’s easy to see how runaway feedback loops spin off in multiple directions. Importing food and water across long distances relies on fossil-fuel dependent transportation networks. Pumping water from elsewhere to drylands or fortifying depleted soils with chemical fertilizers both drain resources from other areas, and come with unknown climate impacts. In both cases, as food and water scarcity grow as a result of desertification, we will need to use more energy and resources to meet the basic needs of millions of people.

How do we break out of these runaway feedback loops?

We must accept that many of these adaptations are necessary to survival. Much of the messaging around climate change focuses on implementing greener habits: choosing bikes over cars, recycling and reusing, minimizing reliance on plastics. But most of the adaptations to climate change are going to serve basic needs. Making sure there’s equitable access to clean air, water, food, and a safe place to live is a moral imperative.

We need to rapidly ‘clean’ the adaptations, making them as efficient as possible. Air conditioning needs to be more efficient. Renewable energy generation should be distributed and co-located with water pipelines, taking advantage of the existing rights-of-ways to minimize emissions and reliance on the external grid for pumping and transport. Electric trains could be used along the backbone of major trade routes instead of diesel trucks, with electric trucks providing connectivity to the nodes.

Together, these call for a net-zero development strategy which marries the energy needs of adaptations with clean energy generation and carbon capture in a single holistic project view.

People view fighting climate change through either the lens of large projects or small one-off upgrades. In reality, multilayered solutions have to be repeated millions or even billions of times throughout the world to avoid these runaway loops. ACTUAL helps originators and investors rapidly try different project configurations to determine what works best in their local context. Our platform computes environmental and social (ESG) impacts, enabling originators to select the most efficient approach, and to model adding other building blocks—like clean generation or storage—as needed to eliminate damaging runaway loops from their adaptation projects. Community approval and buy-in is necessary to implement the kinds of big changes that are needed to help our environment. ACTUAL makes it easy for stakeholders to study plans, and for originators to share projects to reduce overhead and learn from each other. Contact us to learn more.

Danica Sachs is a writer and editor based in San Francisco. 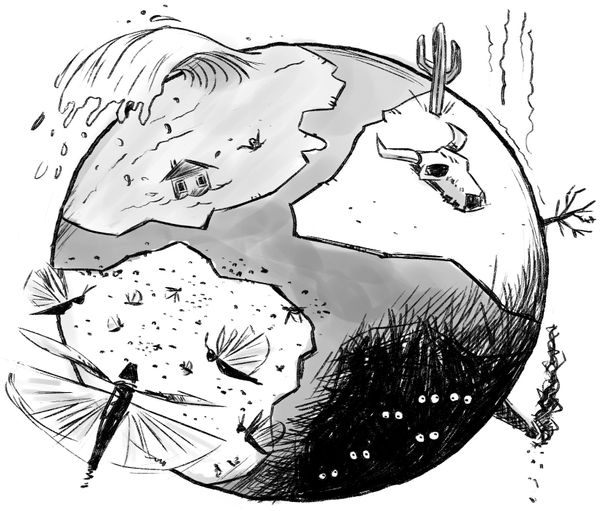 The impacts of climate change are hyper local. Unless frontline communities are empowered to direct resources and deploy capital, they will be left behind. 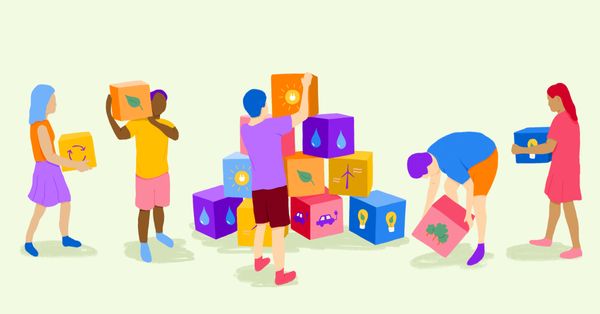 Climate change isn’t a problem for the future; it is here, and it is affecting all of our lives more profoundly with each passing day. Disasters of unprecedented scale

You've successfully subscribed to The Actual & Plan: Articles about Climate, Equity, Infrastructure, and Finance :: A C T U A L!